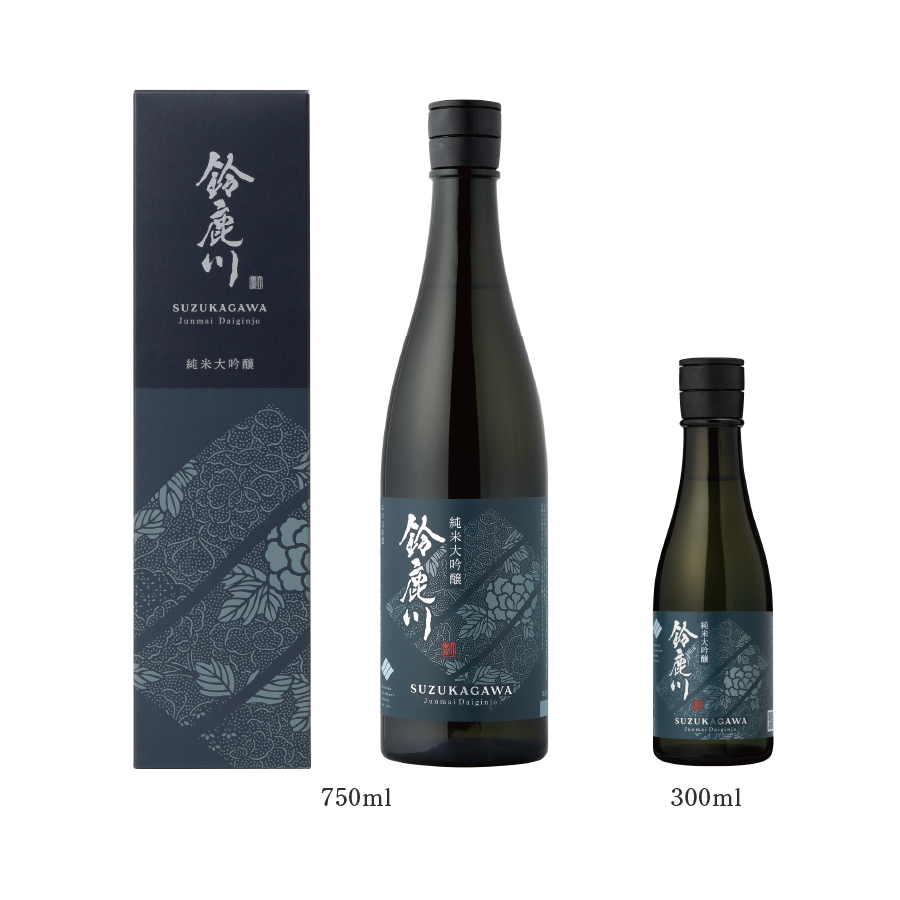 Softly sweet on the nose, on the palate this sake has a velvety smooth mouthfeel with a sense of clarity, and a refined flavour which spreads through the mouth.
This bottle features an Ise-katagami pattern called ‘The King of Flowers’. Peonies are considered the king of flowers because of their noble appearance. This design, full of dignity and splendour, is befitting for Junmai Daiginjo sake.